Digital Death Day 2012 was an exciting collision of people from different backgrounds, with vastly different experiences and perspectives on the concept of death and digitality.

We started the day by setting the agenda (translation: writing in that moment what we felt like discussing with the various experts/ interesting people that were in attendance). As a PhD student/academic I am currently putting together a chapter on the relationship between the physical body and technology, including what happens to this relationship when a person dies, so my session was called: Embodiment, Authenticity and Technology (this title was also inspired by Sherry Turkle's recent book: Alone Together). Whereas Andriana (my fellow co-organizer) being an entrepreneur and designer wanted to conduct her session as a kind of mini-focus group discussing various aspects of Announcing Death and Mourning Online as she is in the process of developing a platform which would aid people in this process (further notes/ audio of sessions will appear shortly on www.digitaldeathday.com).

Myself and Andriana getting excited about our our discussion topics!

As a side note: Digital Death and privacy seem to go hand in hand as a main concern of this community. I don't think we have ever had a Digital Death Day where this was not a central theme and it certainly gets discussed as a part of other sessions as well. There are mounting concerns regarding what will happen to our data after we die including the lagging legal framework, the conflicting terms and conditions of major players in the industry and the lack of education for young people in relation to understanding what it means to post something (public) online.

After some coffee and breakfasty stuff its time to construct the agenda by placing the sessions we want to run on the wall and designating a time and place where that conversation will take place. This is also when the four guidelines of unconferencing make their appearance (the below were very well phrased by The Usual Suspects so I borrowed and adjusted their explanations):
So with these guidelines in mind and a relaxed attitude we begin our conversation about Annoucing Death and Mourning Online: How to strike a Personal/ useful balance, in the comfy chair space ;-)

As a second side note: we also had BBC Radio 4 there during the day conducting interviews for the final part of 'The Digital Human' series, presented by Aleks Krotofski, which will focus particularly on the topic of Digital Death.
As the day progressed and we felt ourselves losing energy Kaliya (identitywoman) started a doodling session to run alongside our conversation about how terminally ill patients engage with the idea of what happens to their data after they die and how the hospices and old age homes deal with (or don't deal with as the case may be) internet access and patients blogging.

The day ended with pages of notes and colors, some new ideas, collaborations, contacts and lots to think about and process. Unconferencing is definitely my favorite form of work gathering, as it is really a working event that feel like a social event, made up of people talking about the things they are interested in and passionate about.

As I was told on my first attendance of an unconference in San Fransisco (the Internet Identity Workshop): the most useful things that happen at a conference do not usually occur while listening to people present their papers. They are generally the strange conversations and serendipitous encounters that happen during the coffee breaks, the lunch and the after party. So we decided to create an event that was like one long coffee break!

Happy Unconferencing!
Posted by stacey at 05:33 No comments: 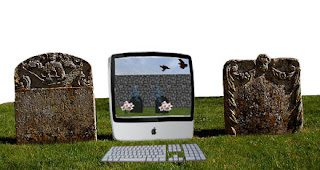 Digital Death Day is a series of Unconferences which have been running twice annually since May 2010 in Europe and North America. We are very excited to be bringing this event once again to London! In the past this event has received high profile international press (such as http://news.bbc.co.uk/1/hi/technology/8691238.stm and http://obit-mag.com/articles/life-after-death-in-digital-form).

Digital Death is the term used to describe the growing issue of what happens to your personas, ideas, feelings and accounts online after you die. This workshop is open to professionals and amateurs alike. Anyone who wants to learn, discuss, ask questions or even display a working product.

Like death in the real world, Digital Death promises to be ever-present in our increasingly digital world. Despite the topics relative newness this is an issue which has already touched the lives of many people who understand its relevance, whether they themselves have experienced loss or whether it is simply through observing the multiple online tributes, RIPstatus's and memorial sites. However systems are slow to change and the companies that house our data often need the pressure of their users demands to alter current practices. We invite you to be part of that change!

To register for Digital Death Day please visit: eventbrite
Posted by stacey at 03:43 No comments:

HERITAGE AND SOCIAL MEDIA: UNDERSTANDING HERITAGE IN A PARTICIPATORY CULTURE

Finally it is here, the long awaited for book on the emergent field of Digital Heritage. Edited by the ever so talented Elisa Giaccardi. 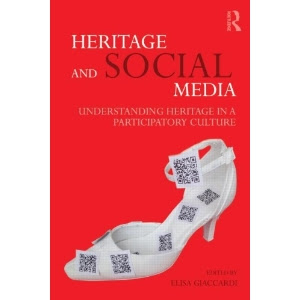 This book explores how social media is constantly reframing our understanding and experience of heritage. Through the idea of ‘participatory culture’ it begins to examine how social media can be brought to bear on the encounter with heritage and on the socially produced meanings and values that individuals and communities ascribe to it. 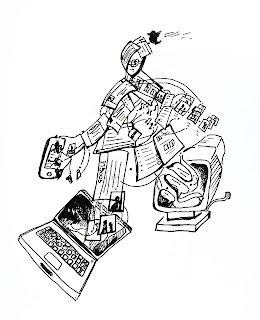 My contribution is to this book is the chapter Museums of the Self and Digital Death: An Emerging Curatorial Dilemma.

Chapter Abstract: This chapter is primarily concerned with exploring the connection between digital legacy of data that people currently leave behind and how this data can begin to form a part of our collective “digital heritage”. By reviewing current practices around online data storage in relation to memory and death, the chapter considers the value of ‘digital memory objects’ for the growing field of digital heritage. It also discusses the significance and implications of designing new contexts and systems for the future management of personal legacy data. By using the transformative properties of the ‘digital memory object’ itself, the chapter presents various strategies concerning how this data could be both (re)used and (re)evaluated, making it a useful asset in our contemporary collective; for both history and heritage.

Heritage and Social Media can be bought directly from the publisher at: www.routledge.com/books/details/9780415616676/ or ordered from Amazon: www.amazon.co.uk/Heritage-Social-Media-Understanding-participatory/dp/0415616670
Posted by stacey at 11:30 No comments: