I have been asked kill your computer.

When a person dies, what happens to their personal computer?

A conversation with a Funeral Director led me to think about this in more detail, the funeral director told me the story of a man who knew he was going to die and had begun to make arrangements for his funeral. One of the things he was most adamant about was the destruction of his computer (hard disk.) He said there was information on there that could potentially hurt his family and friend and therefore he wanted it gone. 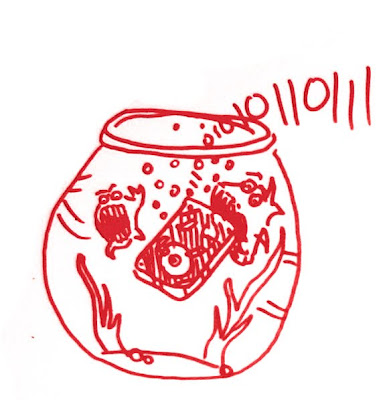 This led me to question of there parts of a hard disk that one would ant to 'die' with them and if in opposition the example they were unaware of their death who would take on the burden of this 'killing'?

If a person were to ask us to end the life of their information at the same time as they themselves ended, how would we go about it..? What would be the most appropriate ritual for the destruction of information? Is there something spiritual and personal about using a sword? Would using a syringe be considered more legal, as it is considered to be sterile and medicinal? What roles do you begin to take up when you use these objects and how would it leave you feeling, to be responsible for 'killing' someone's information? 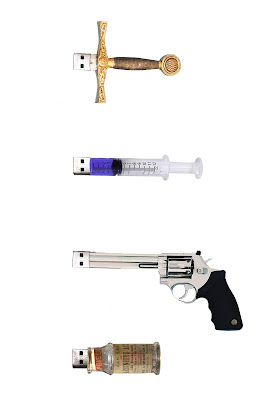 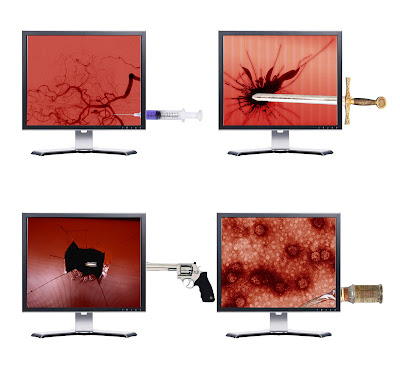 I also wanted to think about the life span and mortality of a person's personal computer, I wanted to engage with the fact that within the digital world we find it so hard to get rid of (or lose) information. We are all digital hoarders, to an extent, and we can be as there appears to be an endless amount of space to store stuff. In the physical world it is both expensive and uncomfortable to never throw out a possession, so one has to select items carefully and only keep what is really important. However in the digital world, we are always finding new ways of 'saving' and 'retrieving' information. We do not spend enough time considering why we actually need this amount of information. As human beings having a 'perfect memory' is unnatural, therefore perhaps we could consider the loss of digital information to be a natural 'culling'.

How could a designer begin to create structures which would force people to lose digital information that was no longer important to them?
Posted by stacey at 05:16