Segmentation of a Digital Identity... 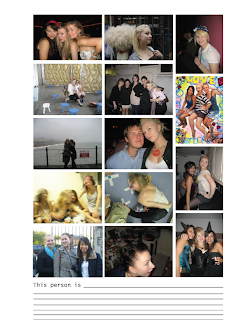 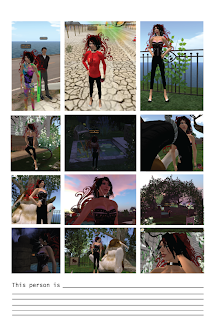 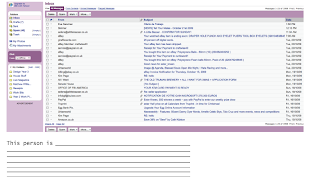 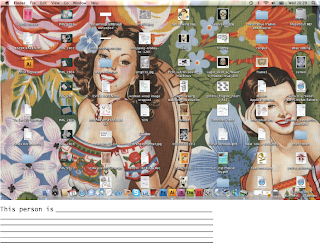 An experiment was undertook in which four elements of a person's digital self (a random selection of facebook photos, their avatar, their inbox and their desktop) were segmented and given to four separate groups to analyze and discover all they could about who "this person is..."

The resulted yielded were interesting:

Those with the facebook photos 'discovered' that this person is a young, female (possibly Goldsmiths student) who is full time, as she attends a lot of parties. She is possibly a design student as she attended the Design Xmas Ball at the Rivoli Ballroom. She is trendy and likes East London as she is wearing Tatty Divine.
(source = information rich)

Those with the avatar screen shots 'discovered' that this person is a teenage boy, possibly around 14, as the woman (avatar) depicted in the screen shots is an idealized version of a woman. She has very large unnatural breasts and is often wearing little clothing.
(source = information poor)

Those with the inbox 'discovered' that this person is a middle aged man, as he receives many e-mails from companies regarding business opportunities and time saving strategies. This man has very few friends as there is only one message from a friend in his inbox.
(source = information poor)

Those with the desktop 'discovered' that this person is a young female designer (as she has a mac desktop with design programs: In Design, Illustrator and Photoshop.) She also has an interest in vintage prints as this is her desktop wallpaper, there are many icons displaying her interest in craft and tattoos. She is also thinking of starting a business, as business plans and strategies litter the desktop. She is also either a busy or un-tidy person as the icon have no order or structure.
(source = information rich)

The groups were all surprised when it was relieved that each of these sources were an element of the same person's digital persona. It makes one wonder how much we actually know about a person if we only know them in one context?

It also proves that if we are to begin using digital data as 'digital historical artifacts' we must consider how reliable each source is and how many sources we must evaluate to get valid results.

Can the digital self be split or must it be kept whole as this is what gives it it's context??
Posted by stacey at 08:22